Flex-fuel Vehicles as a Sustainable Alternative

Flex-fuel Vehicles as a Sustainable Alternative

Indian Institute of Technology (IIT) Delhi's Department of Energy Science and Engineering (DESE), Indian Oil Corporation (IOC) Research and Development Wing, and Ashok Leyland Ltd. have developed a technology that enables a diesel-powered automotive vehicle to run in a flex-fuel mode, that is, either on 100% diesel or a mixture of dimethyl ether (DME) plus diesel. This flex-fuel technology-based vehicle DOST was jointly launched in April 2022. The project was funded by the Department of Science and Technology (DST), Government of India.

Flexible Fuel Vehicles (FFVs) are modified vehicles capable of operating entirely on gasoline or any blend of gasoline and ethanol (up to 83%). They have a conventional internal combustion engine similar to the existing gasoline-only vehicles except for their ethanol-compatible fuel system and a different powertrain calibration. They display improved acceleration performance when operating on higher ethanol blends. Dimethyl Ether (DME) is an ideal alternative fuel as it has a higher cetane number (CN) (~58) than that of conventional diesel (51), indicating higher ignitability. DME can be produced from biomass, coal, industrial wastes, municipal solid wastes, and black liquor (a by-product of pulp) through gasification and the Fisher-Tropsch synthesis process. It can also be produced via catalytic dehydration of methanol. It is generally stored as liquid, and phase change from liquid to vapour/gas could easily occur at ambient temperature and pressure.

The global transport sector still relies heavily on fossil fuels (petroleum, natural gas, coal) which are majorly responsible for the ever-increasing greenhouse gas (GHGs) emissions. According to the 3rd Biennial Update Report submitted to the United Nations Framework Convention on Climate Change (UNFCCC) in February 2021, the total GHG emission from the transport sector in India in 2016 was 274.43 million tonnes of CO2 equivalent, which was 9.67% of the total GHG emissions, excluding the emission from Land Use, Land-Use Change, and Forestry. The European Environment Agency (EEA) reported that achieving climate neutrality would require a 90% reduction in transport emissions by 2050. Besides the grave matter of pollution, an immediate concern has been the rising price of fossil fuels in the past few months. Given the non-renewable nature of fossil fuels, the cost and availability of fossil fuels could paralyse the economy in the coming future.

The government has thus been actively promoting alternate fuels and FFVs in the last few years to cut down both – the pollution levels and the dependency on conventional fuels, as well as enhance the usage of clean energy (energy derived from renewable, zero-emissions sources and energy saved through energy efficiency measures). In August 2021, the Union Minister of Road Transport and Highways urged a delegation of CEOs from the Society of India Automobile Manufacturers to roll out FFVs capable of running on 100% ethanol and gasoline into the Indian market within a year. The manufacture of FFV and Flex Fuel Strong Hybrid Electric Vehicles (FFV-SHEV) will help reduce the import of petroleum and provide direct benefits to farmers. The move would help India drastically reduce its GHGs emissions and fulfill its commitment at COP26 to reduce the total projected carbon emission by one billion tonnes by 2030. To enforce this, the government has further taken a spate of proactive measures to protect the environment and ensure the responsible usage of fossil fuels.

In the current pilot study, the researchers converted a diesel-powered automotive vehicle into a flex-fuel vehicle that successfully underwent endurance and field trial tests. Speaking about the flex-fuel automotive vehicle technology, Prof KA Subramanian, Head-DESE at IIT Delhi said, "DME fuel is injected into the engine's intake manifold, and diesel is directly injected into the engine cylinder. The technology controls both diesel and DME fuel injection concerning the load. The engine/vehicle operates with the optimum DME energy share without a knock."

The key highlights of the technology are: 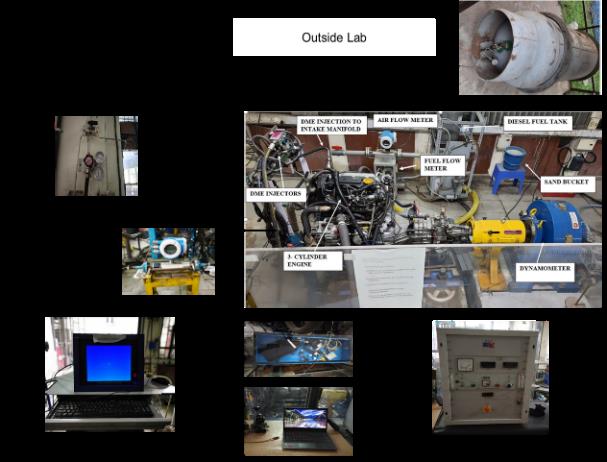 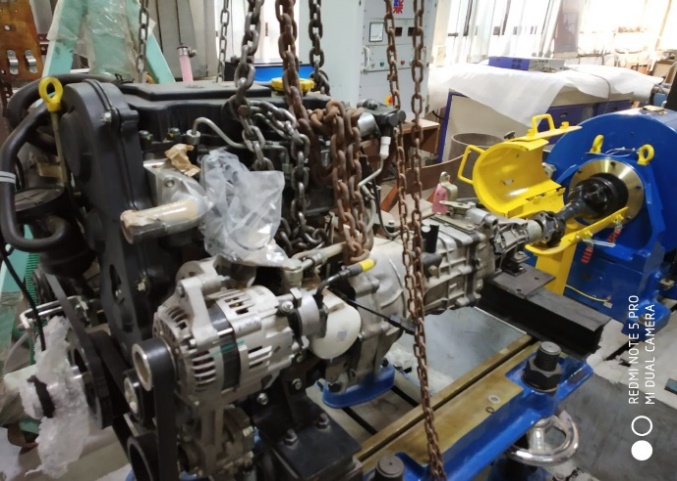 Photograph 2: DME fuel being filled in Dost Vehicle by the portable dispensing system at IOC (R&D)