The rapid depletion of limited fossil fuels leads to finding alternative energy sources. As a result, identifying appropriate green resources with renewability and long-time viability is challenging. Hydrogen is considered one of the clean sources of energy that can be easily obtained from indigestible biomass as well as bio-derived alcohols. The hydrogen economy is a vision of producing carbon-free energy carriers and making energy from hydrogen by producing only water as a by-product.

Hydrogen can be generated by various methods; however, it depends on the environmental impact and energy efficiency of the produced hydrogen, which decreases the cost associated with hydrogen production. Notably, the element hydrogen is abundant on the earth but is almost found in water and methane. Indeed, separating pure hydrogen gas from these two molecules is highly energy-consuming, including natural gas reforming, electrolysis, and water-splitting reactions. Thus, generating hydrogen fuel from waste material such as alcohol through a catalytic reaction under ambient conditions opens manifold advantages in the existing technologies. 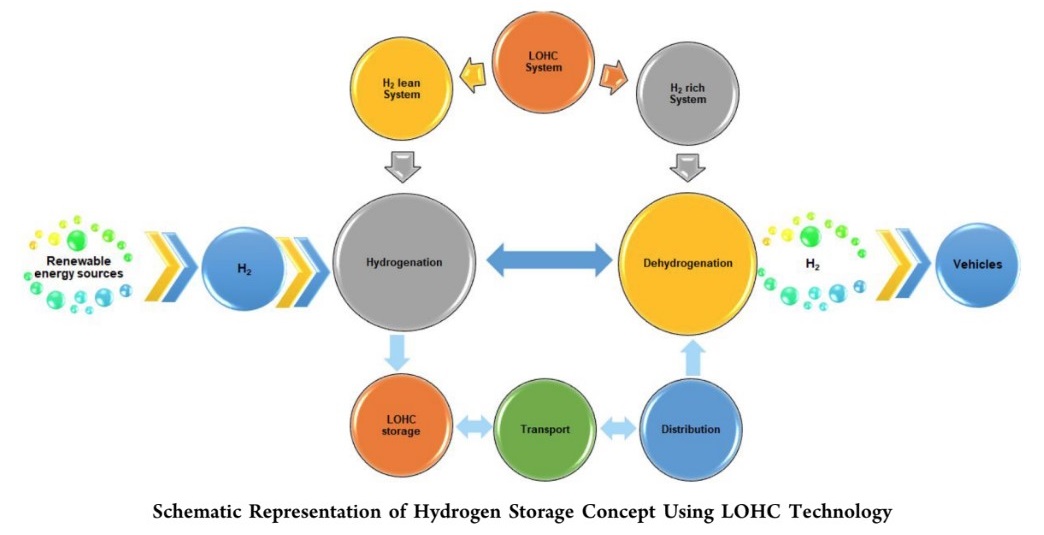 The clean hydrogen production from alcohol was developed by designing a new catalytic system using earth-abundant and inexpensive metals such as iron. Inspired by the various biological systems in day-to-day life, iron is omnipresent in the ecosystem and the most widely used metal for diverse applications. However, the utilisation of an iron-based catalytic system in the pursuit of alcohol dehydrogenation reactions is rarely explored. Hence, Dr EkambaramBalaraman and his team developed a robust heterogeneous catalytic system by thermally pyrolysing the Fe complex on an exfoliated graphitic oxide support. This catalytic system contains a unique core-shell architecture composed of oxide as a shell and carbide as a core of iron without the encapsulating sheath of carbon. This elegant catalytic system offers a new streamlined strategy for the sustainable production of chemicals with the liberation of hydrogen gas.

Unlike other energy sources, the utilisation of hydrogen energy sources eliminates carbon-freeby-products such as water. Hence, the clean hydrogen gas production of cheap flatform chemicals and its application to make value-added chemicals is always needed in favour of energy and sustainability. The findings of research done by Dr EkambaramBalaraman and his team focus on designing and developing a new catalytic system for dehydrating feedstock alcohols and converting them into efficient energy resources. Although, designing such catalytic systems for practical applications is always challenging and highly demanded in modern synthesis.The process of research involves the identification of abundantly available feedstock material as a source of hydrogen, followed by the design and development of a suitable catalyst system to demonstrate the dehydrogenation reactions. In particular, the developed strategy satisfies the various energy demands such as high-performance, low-cost, and environmentally friendly energy and production systems. Undeniably, the developed process for producing hydrogen gas via clean chemical dehydrogenation reaction could solve the challenges associated with the growing energy demand around the globe.